A Ranchera style female singer; she was breaking into the male dominated Mexican music world, not only did she break through...she conquered, becoming the first Tejana to play Madison Square Garden...

In an era when women were meant to be seen and not heard, Rita Vidaurri was far ahead of the times. She was part the golden group “Las Tesoros” and a solo artist. A Ranchera style female singer; she was breaking into the male dominated Mexican music world, not only did she break through…she conquered, becoming the first Tejana to play Madison Square Garden. 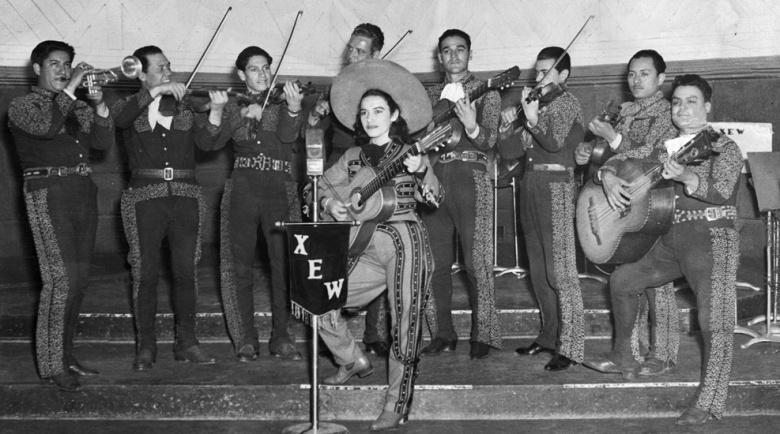 Her face might look familiar to you even if you don’t follow music, that’s because her image has been the mold for similar beer ads. In 1957, at the height of her fame she was asked to become the official spokesmodel for Jax Beer who launched her photos across the U.S. and named her “La Belleza Morena de Tejas.”

Today, that iconic advertising campaign has led to her likess often being replicated and you can still visit her original photo, gracing the walls at Mi Tierra restaurant.

Overcoming sexism, machismo, patriarchy and even sabotage from fellow female cantantes, she perservered. Inducted into the Tejano Music Hall of Fame and Texas Music Museum, Rita Vidaurri is part of Texas Music History, where her memory and songs will live on.

More on her personal life:

This site uses Akismet to reduce spam. Learn how your comment data is processed.